The tale of Conrad Gries, a German soldier stationed in Alderney during World War II. I painted this story for the Reflections of the Occupation art exhibition in Guernsey and it is watercolour on paper.

During the occupation, only a handful of locals stayed in Alderney. The rest evacuated leaving the Germans to heavily fortify the island and plant a mind-boggling 30,400 land mines (approximately) along with slave camps and a concentration camp.

Conrad Gries, a German soldier, was stationed on Alderney during the war. He was a military draughtsman and surveyor and was given the task of plotting the mines across the island. When leaving, he defied orders and left a map locating the mines so no more blood was shed. After the War, German engineers came back to the island to help dispose of the devices.

Conrad was also a keen artist and drew many pictures of Alderney whilst he was stationed there. Later in the 1990s the Alderney Society made contact with Conrad and he donated drawings and letters to the Alderney Museum.

I did the piece as part of an art exhibition at Candie Museum, Guernsey called “Reflections of the Occupation”. The exhibition is part of a number of projects across the island to coincide with the release of the new film “The Guernsey Literary and Potato Peel Pie Society” based on the book by Annie Barrows and Mary Ann Shaffer.

I loved Conrad’s story and thought it would fit well into the exhibit. Life in Alderney during the war was particularly harsh and I can’t believe how many mines were planted there. This humanising tale of life in Alderney from a German perspective was worth telling.

‘Reflections on Occupation’, to be held at the Greenhouse Gallery Guernsey at Candie Museum from Friday 16th March until Sunday 3rd June 2018.

“Conrad Gries, a German soldier, spent much of World War II stationed on Alderney. As a military draughtsman and surveyor, he made detailed drawings of the minefields. But, in his limited free time, Gries also drew and painted the Alderney landscape.

Before the liberation of Alderney, the Germans ordered the destruction of Alderney minefield plans. Gries had made a second set and these he hid, hoping the Allies would discover them. The plans survived and almost certainly saved lives.

Cries survived the was and was repatriated to Germany. A coincidental meeting led to the Alderney Society contacting Gries in 1990. He sent over his sketch book and pictures from his years on Alderney. The Alderney Society and Gries continued to exchange letters until his death in 2006.” 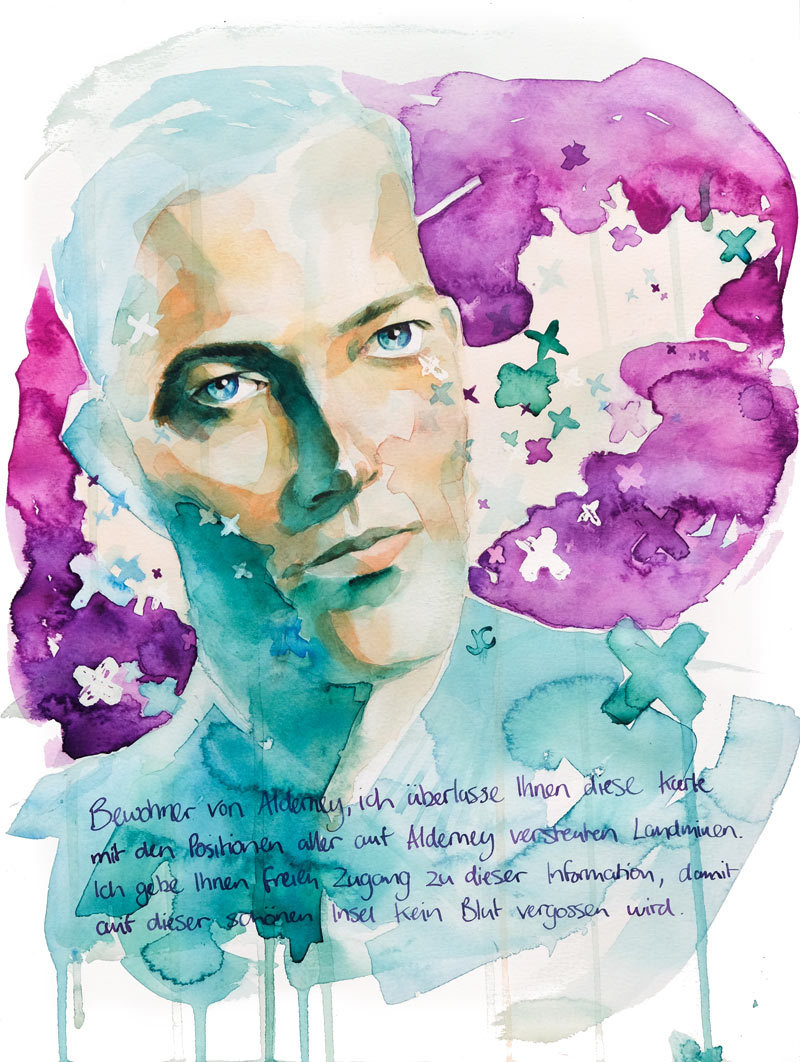 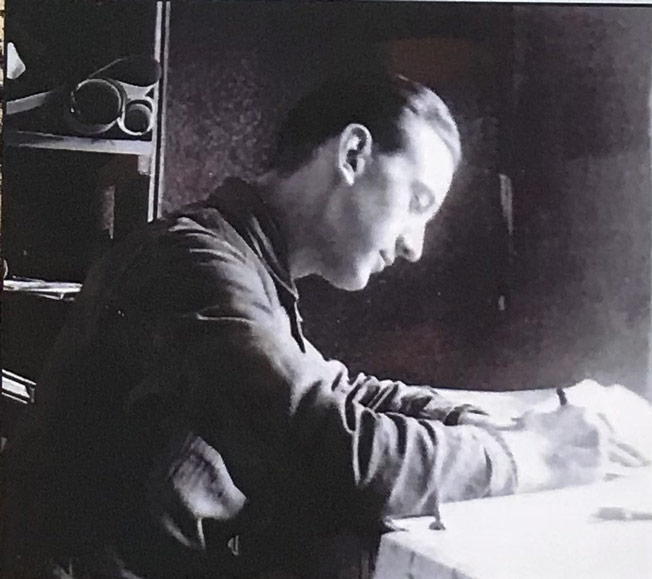